When your children are under the weather you look for ways to keep them occupied that require a minimal set up and that use the least energy possible for them.

My two boys love cars, and trucks, and trains, and tracks, and roads. They also love making a mess. Today they were both under the weather so I began thinking about what activity we could do to brighten the afternoon that involved some of their favourite things.

After a quick look through my Facebook newsfeed I had a few ideas. I decided to upon a transport themed sensory activity. 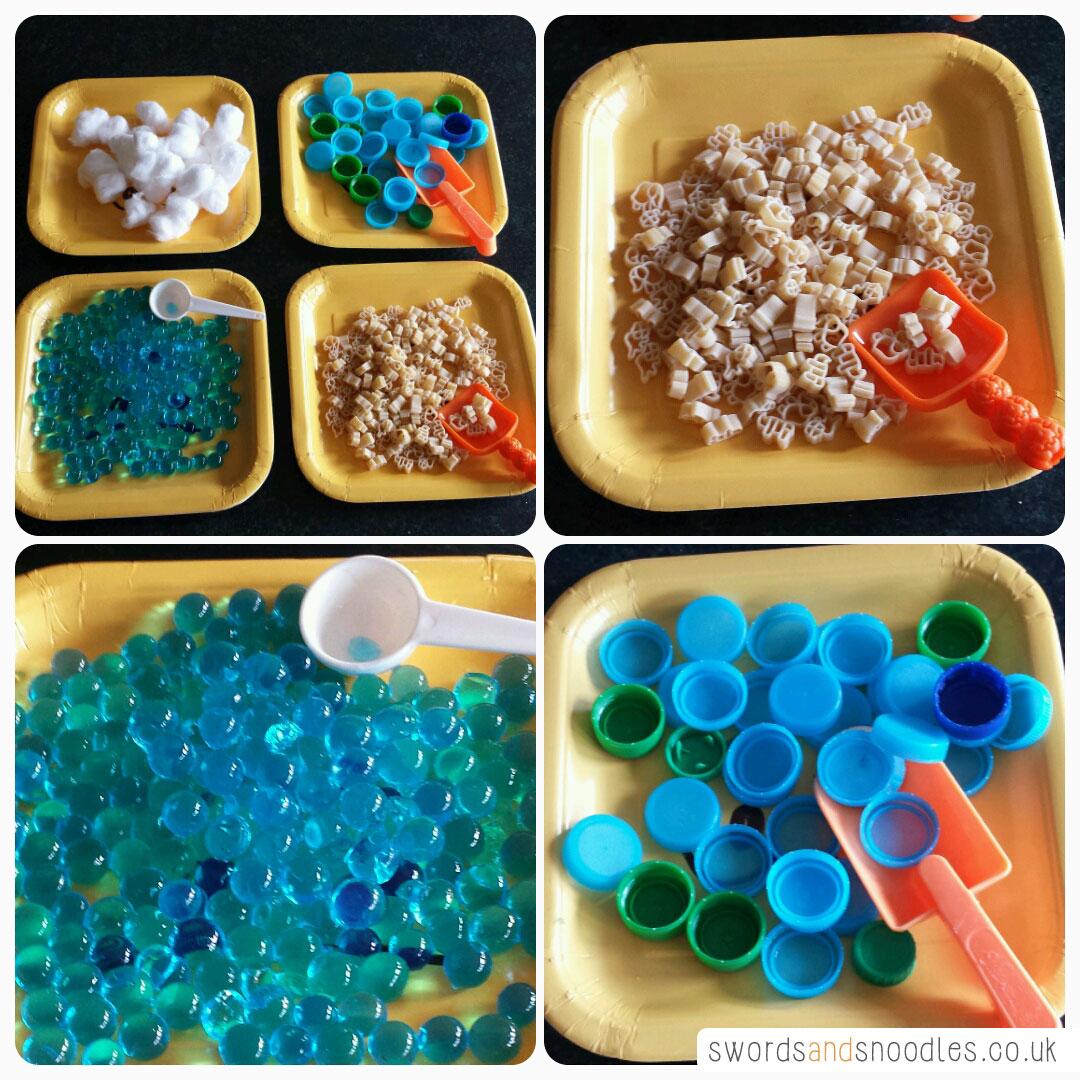 The aim of the activity was to fill up your mode of transport with your chosen items and then transport them along the track to the empty plates, and then carefully drop off your load. Along the way we placed stars, and if you managed to get all of your load to it’s destination carefully you were able to claim the star as a reward. 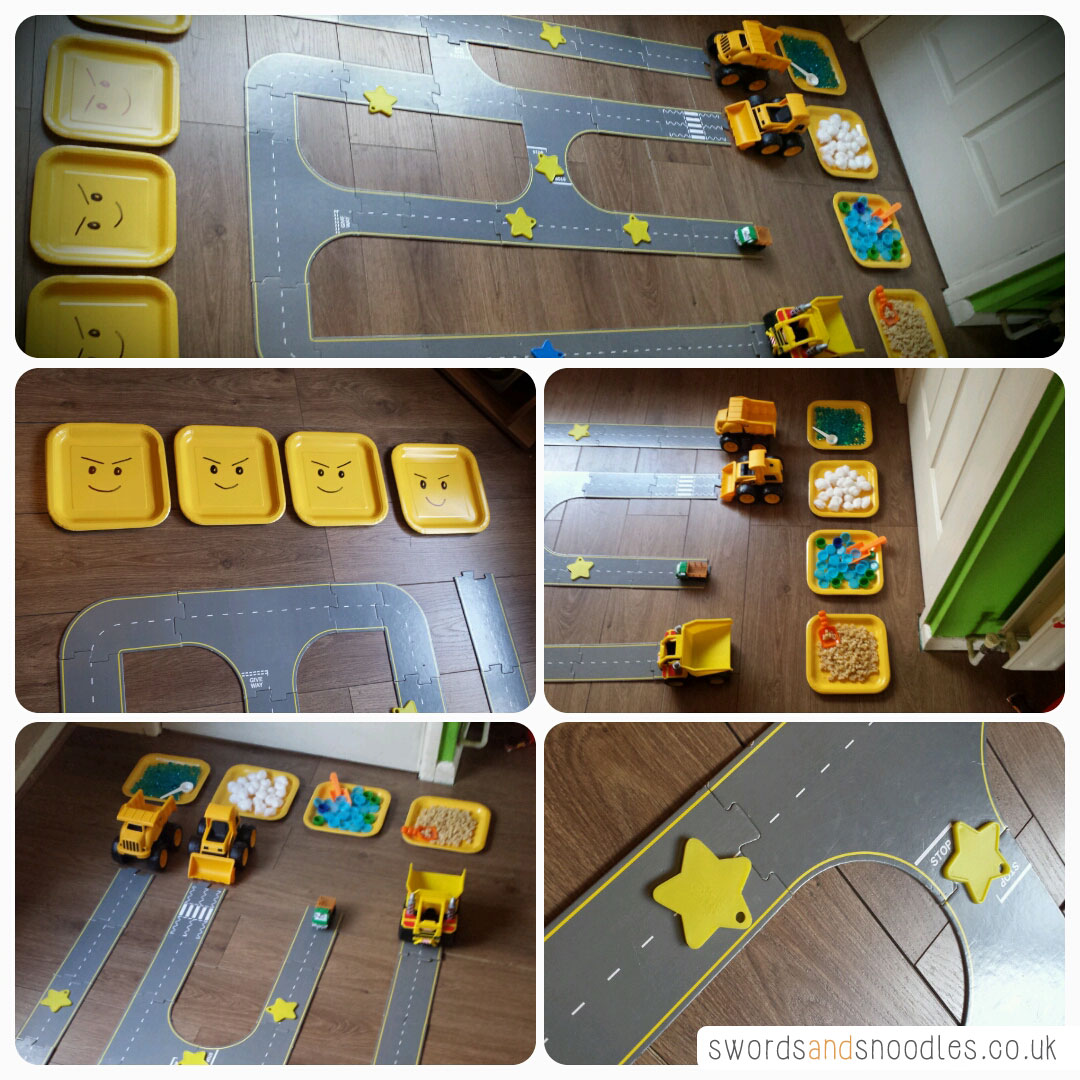 This transport themed sensory activity was a big hit with my two boys, they had so much fun!

I love watching them play, and engage in activities that strengthen their skills without them even realising it.

This activity was so good for their fine motor skills for various reasons; the track was a puzzle and they had to keep rebuilding it, they used scoops of various sizes to manipulate the objects into their chosen mode of transport, and they had to use precise movements in order to get their star reward. 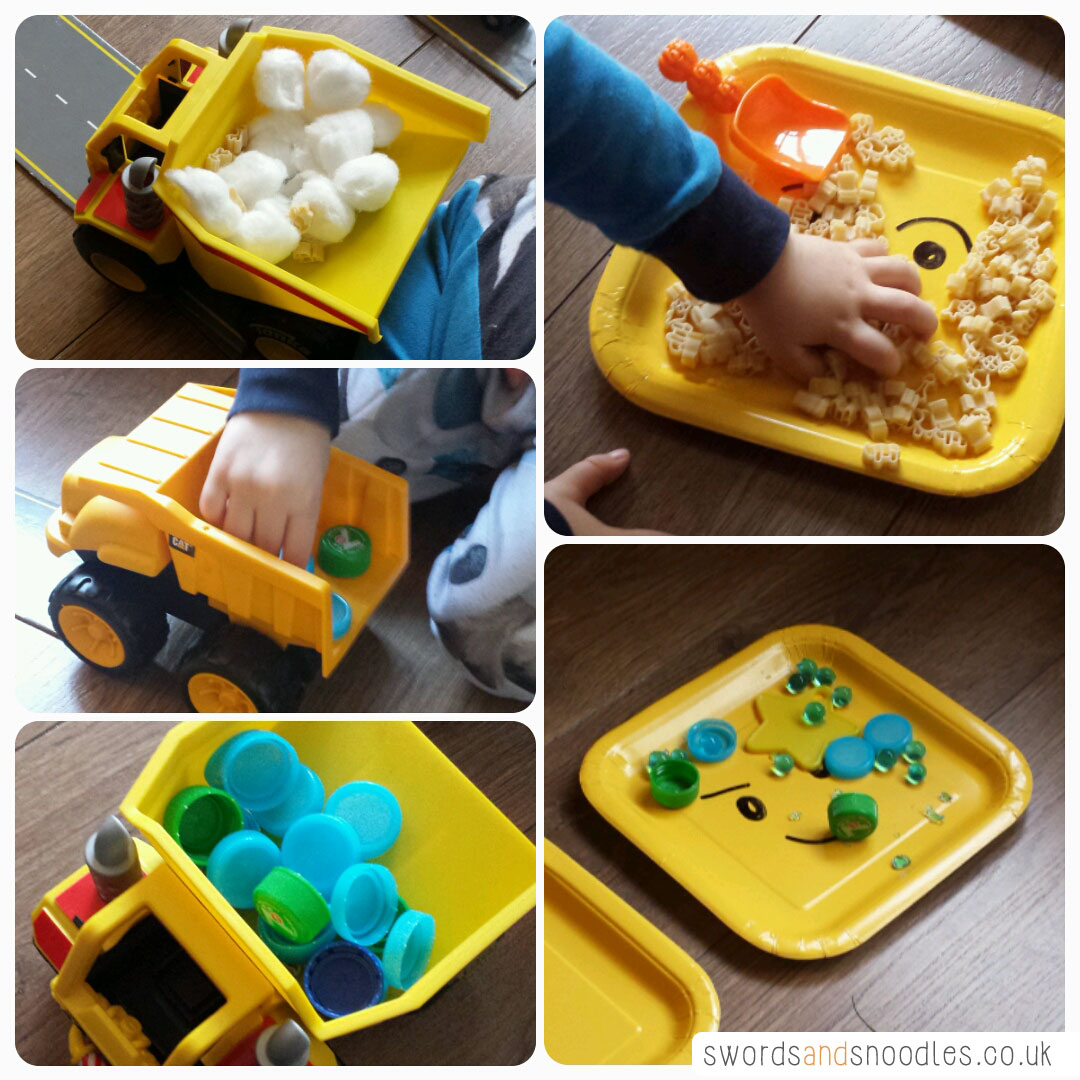 This transport themed sensory activity was also great for their hand-eye co-ordination. They had to plan their route along the track to drop off their objects. They even started counting the objects they had, bringing maths into the activity voluntarily. 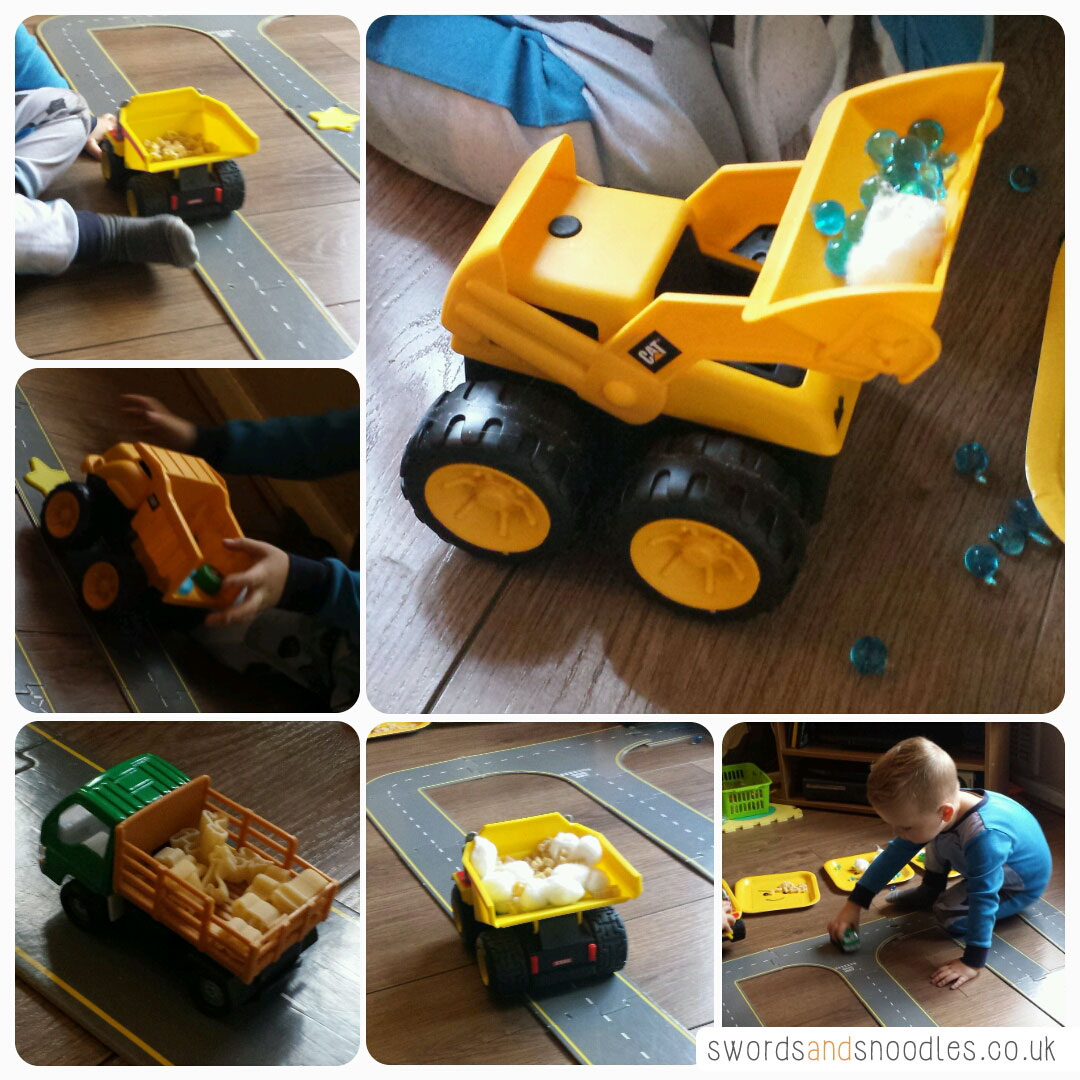 They had so much fun, and it is such a versatile activity – you could use anything around your home to recreate this transport themed sensory activity. We will definitely be making this a regular activity in our home! 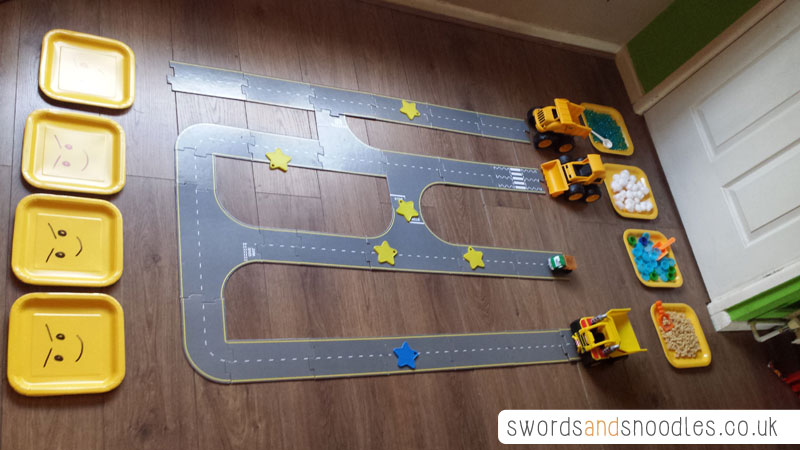 Why not have a go at creating your own transport themed sensory activity?