Over the last 12 months I’ve noticed that Fairy Gardens have become increasingly popular, from tiny fairy doors on trees, to extravagant forests dedicated to our fairy friends.

We’ve visited several places that have had some sort of fairy garden, and it’s always proved a magical experience for my boys.

With all of this in mind I decided to make our own Fairy Garden with them.

Here’s how we made our own Fairy Garden. 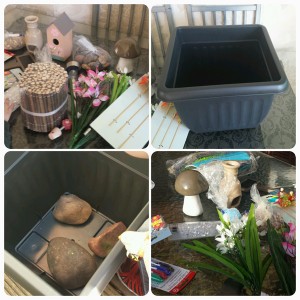 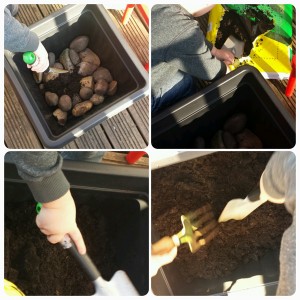 We filled the black flower pot with heavy stones to about halfway and then filled the rest with soil. I used the wooden border roll to create a sloped pathway by filling it in with soil on a gradient. We added artificial flowers at the back and used some blue grass samples to create a ‘magical gem filled pond’. We used blue gravel, blue plastic ice cubes, and scatter gems for our pond. We used some wooden sticks to create a dam at one end of the pond, as requested by my four year old! We also used a green grass sample to place at the bottom of the pathway. I used permanent markers to draw doors and windows onto our mini burner and our mushroom, and added spots for a toadstool effect. We put these at the top of our sloped pathway. We also purchased a fantastic plant marker that we wrote ‘Fairy Garden’ on. 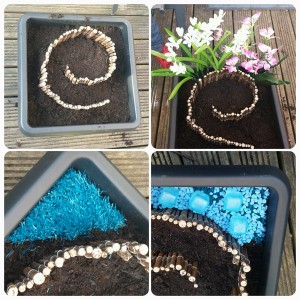 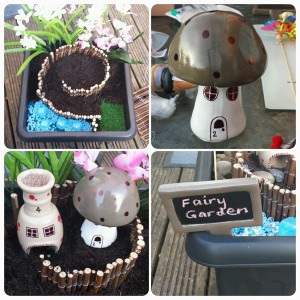 We used our smaller flat pebbles to mark the pathway to the fairy houses, and we placed our solar light in the centre of the houses. We decorated the area with flower pegs, windmills, and a mini wooden flower. We added a gnome and a pot of scattering gems too which my four year old called ‘the fairy treasure’. We filled in the blank pieces of soil with gravel, and then we sprinkled fairy dust over it all (glitter). 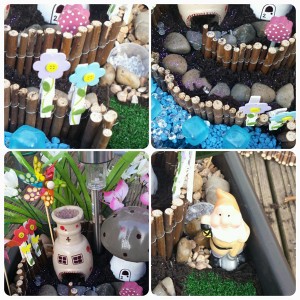 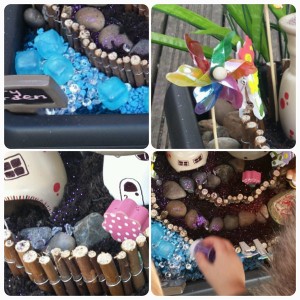 Here is our finished Fairy Garden below. My boys absolutely love it, and they keep checking for fairy friends! It was a great addition to our garden, and was a lot of fun making it. You can use anything to make your Fairy Garden, thats the great thing about DIY projects! The only limit is your imagination. 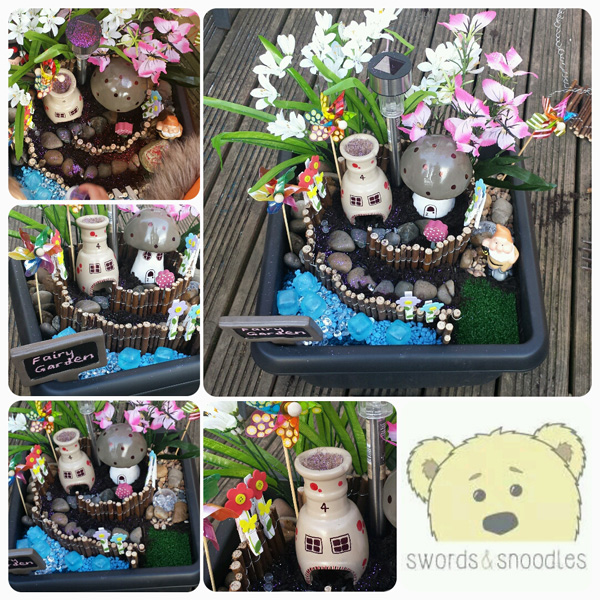 Have a go at your own Fairy Garden 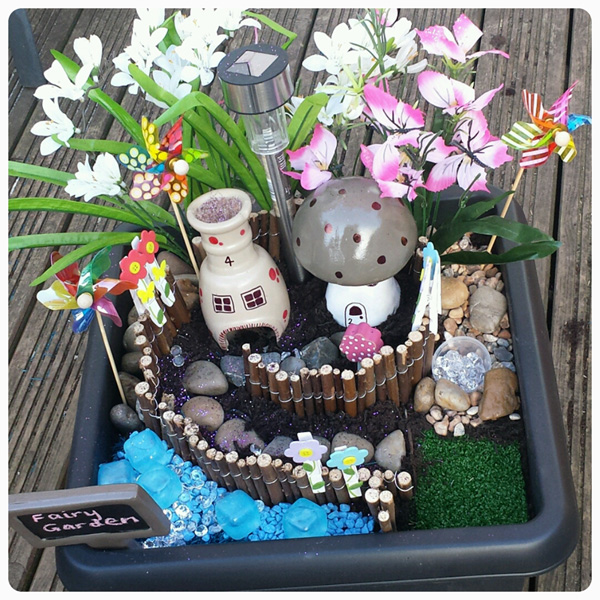 This post was due to go live on 21st March 2015, but I postponed it after a family emergency. My nan sadly passed away the next day. I’ve decided to dedicate this project to her, and keep this Fairy Garden in her memory. RIP Nanny B xx

My two boys love playing with dinosaurs, and they love making dinosaur lands with volcanoes, and hidden dinosaur bones. They have fantastic imaginations, so I thought I’d make their dinosaur adventures even more exciting today by making their very own dinosaur fossils. This dinosaur activity was a huge hit with them!

We made our fossils by using a basic salt dough recipe that we always use; 1 cup of salt, 1 cup of plain flour, and 3 quarters of a cup of cold water mixed in gradually. 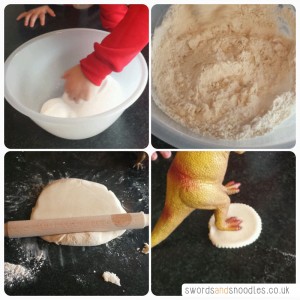 We divided the dough into golf ball size pieces and flattened them out to around 0.5cms in thickness.

My boys then used their plastic dinosaurs to imprint onto the flattened pieces of salt dough. They used the dinosaur tails, feet, bodies, and heads. They also used plastic forks to give the fossils a bone texture too. 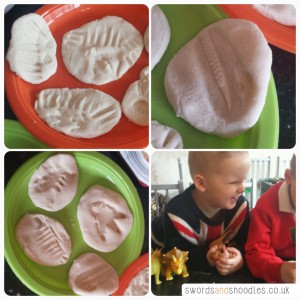 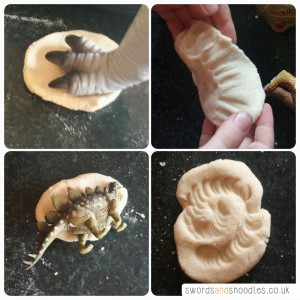 We popped the salt dough into the microwave for 4 minutes, and then checked them, they were still a little bit wet so we popped them back in for 30 second bursts until they hardened. We let them cool and then we dabbed a little white and brown paint on them to give them an authentic look. 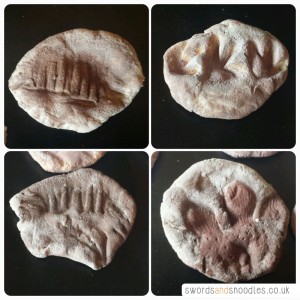 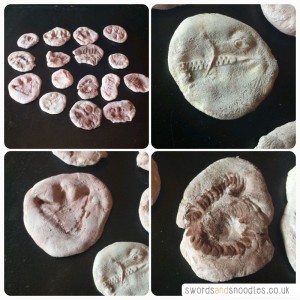 My boys were so excited to bury the fossils and rediscover them in their self-made dinosaur land in my lounge. 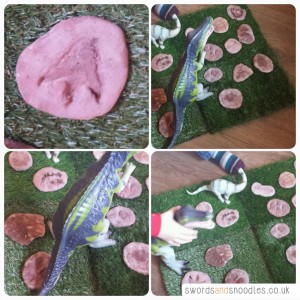 This dinosaur activity is so easy, and very cheap, give it a go!