I decided to write a post on my toddlers diet after so many people asked to have a copy of the menu I use for my little rascals via Facebook, so here it is. I hope it’s of some use to you, and if it is then share away!

Eating healthy does not come naturally to me. I have struggled with my diet for many years. I am back on the Weight Watchers wagon, again, and can hopefully see it through to an ideal BMI this time. My lack of healthy eating, however, has made me very aware of my children’s diets. I have always tried to make sure they eat correct and have a healthy diet with the odd Haribo thrown in to keep it exciting.

My three year old (D1) has always loved fruit, and it was our ‘go-to’ every time he refused anything else. He suffered for a long 24 months with tonsillitis every five weeks, so eating became a real chore to him. He also developed a dairy allergy. He detested anything new, pasta was of the devil, but we persevered with new fruits, and vegetables etc by using a self-made baby/toddler graze tray, and it eventually paid off.

My youngest child (D2) has been somewhat different to my first child, maybe it’s second child syndrome, or the fact they have to just ‘get on with it’ that makes them much more easy-going and malleable?! D2 loves food, fullstop. He did go through a ‘spit everything out and throw it around the room’ stage though, so don’t get me wrong, he’s no food saint. 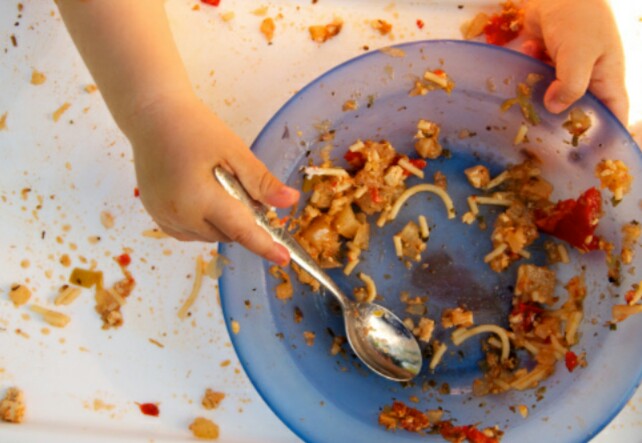 I’ve constantly worried about my children receiving all the nutrients they need, so I decided it was time to do some research and create a seven day menu for them, then there would be no iffs, no buts, and no worries.

We all know the recommended daily fruit and vegetable portions intake is five a day, but do you know what actually counts as one portion? I didn’t. Apparently you need 7 strawberries to class as one portion, I didn’t think it would be that high. So I carried on researching, and made myself a little list to stick on my fridge with all the quantities you need of specific fruits and vegetables to count as one of your five a day; an easy go-to list if you need a quick snack. It’s one of the most useful lists I’ve ever made!

Now moving onto a gross subject; poop. We all know fibre helps us poop, but do we know how to get enough? I didn’t. Again, I started researching. Both my boys struggle in this area. D1 can go three or four days without pooping, but when he does go it’s a huge ordeal with hours of jumping around shouting “Oucccchhhh my bum bum!”, and he tries to hold it back in. When he eventually goes, it looks physically impossible to produce what he does (tmi, I know!). We tried him on a laxative solution but it’s not the best method in sorting out his bowels. D2 has never seemed in horrific pain with his toiletting habits, and sometimes he goes up to four times a day, but he often has to strain extremely hard and loud. His poop is always rock hard malteasers! Tmi again, sorry! After researching the recommended fibre intake for a two year old and a three year old we made a big dietary change. We switched from white bread to wholegrain bread, my husband pulled more of a face than the children! I didn’t realise white bread was full of so much rubbish! It’s the best decision regarding fibre we’ve made, after three days my boys toiletting habits drastically improved. D1 is going everyday and it’s no longer an ordeal, all over in less than two minutes, this is a major achievement. All thanks to the fibre in his two slices of wholegrain bread! (And few grams from other foods such as bran cereal and raisins).

Next on my research list was calcium. I made a list of calcium rich foods, and the amount my children need for their age. After writing down everything I found, I began writing a seven day menu. It took an eternity to write. I made sure I’d covered all their dietary needs. Vitamin drops are recommended too for children. I’m not so good on this front, I often forget, and have read too much into them and their long term health effects. Anyway, back to my menu. (Remember this is tailored to my own children, and their ages (2 & 3), and I am in no way a dietician, incase someone wants to go all politically correct on me.)

My boys also have sweet treats, and the odd fast food meal; it’s not about a Sargent Major approach, food still needs to excite them. Even when it rains you can still have a picnic in your lounge, you’ll be surprised the smiles that will create!

I’ve also found letting my boys bake, make, and create their food makes them proud of what they’re eating.